I was recently sent probably the best dog toy I have ever seen. My first choice was to see Lupo rip apart Donald Trump, but he’s on pre-order/ busy building a wall, unfortunately. Instead I went for the next best thing, Theresa May, by the geniuses behind Pet Hate Toys.

The likeness is uncanny and the detail is fantastic, even down to her wedding ring and jazzy shoes. The toy has two squeakers which Lupo loves. One in the head and one in the body. The stitching is strong and would be perfect for small and medium sized dogs, but still no match for a Dobermann. So he can only have this under close supervision, as he’s dissected poor Theresa faster than you can say ‘no-deal Brexit’. Strong and stable, she is most certainly not after this encounter. 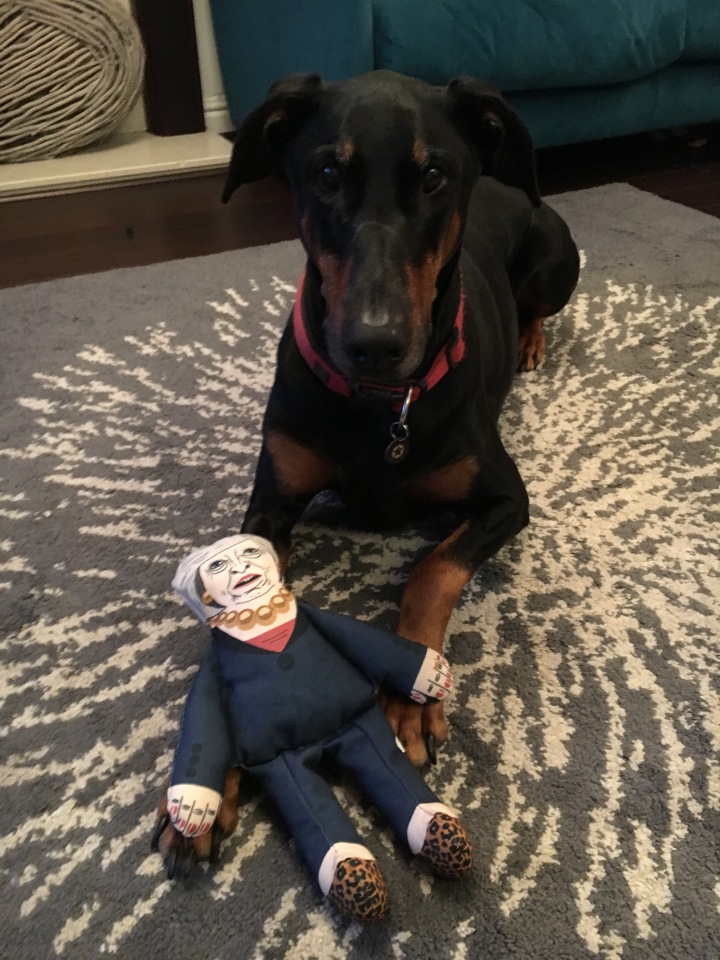 London based Comedy writer, Vanessa Ainsworth hit on the idea of creating a satirical, soft and squeaking dog toys featuring some of the world’s most famous politicians.

Pet Hates was born out of a desire to bring some good-old, sardonic British humour and she has produced Trump/Theresa May and more, pet toys which are a unique, comical, gift for a dog owning friend.

At £17.50 each, available to buy on their website, you can opt for Boris Johnson or Jeremy Corbyn, no matter what your political leaning. I think Trump is going to be very popular though!

For some light-hearted Brexit relief, watch Lupo have a good chew of our Prime Minister, and hear my kid’s delight in the background too.

Pet Hate Toys will be trading these fantastic products at SAMPLE Spring, which takes place on Saturday 2nd March on Grenwich Peninsula. SAMPLE Spring is a free shopping experience that takes a first look at some of the new season’s trends in fashion, homewares and design, whilst supporting sustainability, small -scale enterprise, slow fashion and locally sourced goods.